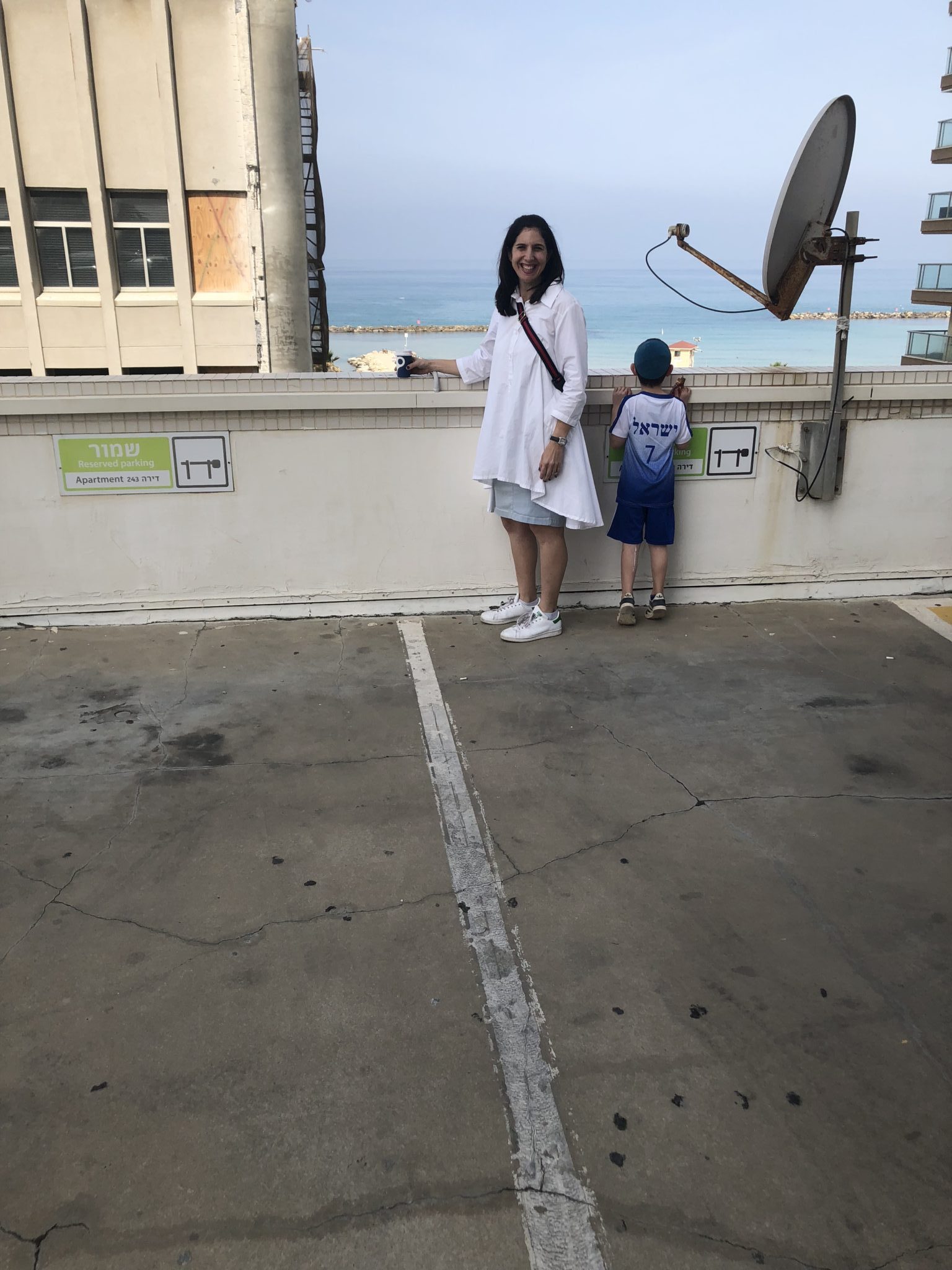 The Yom Hashoah siren was set to sound in Israel, as we waited patiently to process our children’s passports at the United States Embassy, in Tel Aviv.

I couldn’t stop thinking about the crucial place of passports, visas, and bureaucracy during the horrific years of the Shoah.

My husband’s grandparent, the Strobel’s and Weingarten’s, entire families that endured the atrocities of the Shoah.

Family members that could have been saved with a visa or passport.

I had new found respect for our American grandparents, that tirelessly worked to provide  United States visas and passports to their brethren, European Jewry.

United States passports because there was no possibility of obtaining Israeli passports.

Shortly before 10 am, an announcement was made by the US Embassy clerk.

In eight minutes the Yom Hazikron siren would sound. People were invited to exit the building and go outside for the siren. Only after the completion of the siren would the passport service continue.

Following his instructions, I quickly exited the building and waited for the siren on the balcony of the US Embassy, in Tel Aviv, Israel.

I stood facing the Tel Aviv shoreline, as the siren sounded.

Looking deep into the ocean, it hit me. These waters, the shores of Zion, was the utopian shoreline dreamed about by our people for thousands of years.

Shores that are our reality.

With our Israeli flag waving tall above the waves.

Approaching next weeks 70th Yom Haatzmaut celebration, I understand that we are not living in “utopia”. However, our reality is clearly a blessing and a miracle.

We are raising our children in an environment that values commitment, dedication, and strength. As proud Israeli citizens, we are alive and recognize the bountiful gifts that we have been bestowed with.

The beauty of our independent waters.

US Embassy in the Rebuilt Jerusalem

These are unbelievable times.

The prayer and prophecy of L’shana Habah B’Yerushalayim Habenuyah continue to be fulfilled.

Dreaming of the Third and Final Picture

Last night, on Yom HaShoah, tears, flowed, as I scrolled through photos, messages, and stories of personal heartache that were featured on my Facebook NewsFeed.

It was this picture that I saw and shared.

(If it is your picture, I would love to give you a photographer’s credit- please contact me :). Past and Present and Future

I continue to believe and hope in a better, more utopian society.

The society that will be photographed in a third and final picture.

A picture of our daughters, high energy women, singing together.