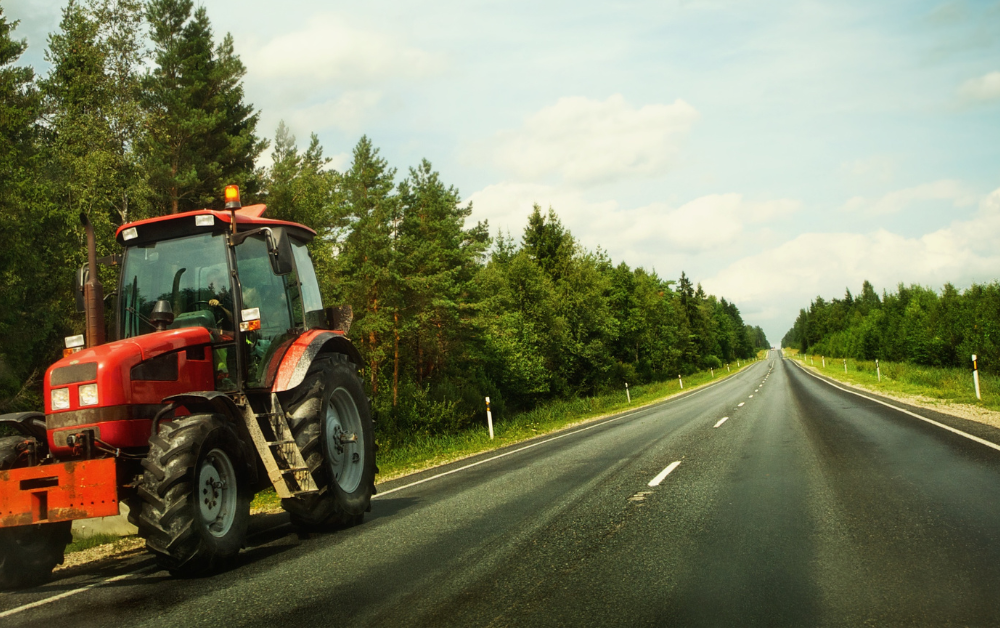 The Straight Story was adapted based on the true story of Alvin Straight, who actually traveled a 300-mile journey on a lawnmower.

Alvin (Richard Farnsworth),  an elderly World War II veteran, lives with his daughter, Rose (Sissy Spacek), a kind woman with an intellectual disability. After hearing that his estranged brother, Lyle (Harry Dean Stanton),  suffered a stroke, Alvin makes up his mind to visit him and hopefully make amends before he dies.

Beginning: Alvin Straight lives alone with only his daughter for company.

Inciting Incident: Straight learns that his distant brother has recently suffered from a severe stroke.

Character’s Goal: (want) Straight decides to reconnect with his brother before age gets the better of both of them.

Journey: Unable to drive and completely set on taking the trip alone. Straight sets up a riding lawnmower with a trailer full of gasoline, water and wieners, and sets out to journey all the way to Mount Zion, Wisconsin- entirely on his own.

End: The movie ends with two men sitting together silently gazing up at the stars.

Does every movie have to contain conflict?

David Lynch experiments with this Hollywood idea that every movie has to have a conflict and every scene. Alvin Straight’s brother, who he hasn’t spoken to in ages, has a heart attack, and Alvin decides to go meet him before it’s too late. The problem is that Alvin is elderly, not in good shape, and he doesn’t have a driver’s license. In fact, he has a lousy track record of driving, having crashed into his home. That doesn’t stop him. He decides to make the journey on his lawnmower. Alvin doesn’t mind that the lawnmower is slower than running – because Alvin doesn’t care how much time the journey will take him.

So, on the surface, there is no actual conflict in the movie.

On a deeper level, The Straight Story navigates the conflict of aging. The realm of loneliness as you realize that most of your life is behind you, and many of the people you knew – loved – fought with are dead. Straight is conflicted with his feelings of age.

On the road, Alvin shares haunted memories of World War II with a fellow veteran, delivering an anti-war message stronger than a thousand movies filled with conflict.

This film is distinct from Lynch’s previous works. Being the only film in which he did not contribute to the writing of the screenplay. Lynch filmed, in chronological order, on the actual route taken by Alvin Straight, the natural living person on which the film is based. Lynch cast Richard Farnsworth as his protagonist, an actor suffering from advanced prostate cancer. Straight’s struggle, the pain we see on his face and in his body movements are authentic. A passion that was recognized with an Oscar nomination for Farnsworth.

Lynch explained that this movie was his most experimental film. On closer look, devotees of Lynch realize that the G- rated road trip film fits into the rest of Lynch’s filmography.

Lynch’s influence in surreal characters and strange lines of dialogue coming and going through Alvin Straight’s journey and the odd atmosphere permeates the entire production.

Lynch introduces us to Alvin Straight’s midwestern world with a quiet mood and careful, methodical pacing.

In The Straight Story, Lynch tells a story with delicate restraint while still being filled with Lynchian surreal asides and idiosyncrasies, just in more subtle ways.

Simplistic on the surface, The Straight Story contains uncommon depth, using its basic structure to trigger themes of guilt, loss, morality, and redemption.

A character’s outward journey also constitutes a subconscious odyssey. Into his past, the future, the secrets and sins of a character that has experienced it all, and much much more.

Does the Movie Conform to the Genre?

Is there movement? yes.

Are there characteristic sequences? Yes.

Are there editing sequences of the road? Yes.

Is the viewer hypnotized by the spectacle of driving? Yes.

Therefore Lynch’s The Straight Story does indeed conform to the genre.

One of the greatest filmmakers in modern times is David Lynch. Considered to be a relentlessly individual filmmaker with a highly unique sensibility. Watching his films strikes us immediately as Lynchian.

White picket fence adorned with prickly red roses, as well as a manicured lawn, hiding the beetles that hiss underneath. Mundane images that turn.

Surrealism mixed with a film noir tone in Americanah settings. Lynch’s brand of surrealism exposes the strange within the familiar, the reality within the dream. Lynch frames a cinematic approach around small-town American life, the light and dark versions of the American dream.

Lynch makes use of recurring motifs.

The road movie is thematically dominated by movement, and that prolific movement is frequent in its characteristic sequences.

However, this dynamism is most frequently tempered by the accumulation of static and centripetal elements in shot composition and by editing patterns that organize sequences along the linear trajectory of the road.

Besides, the centrifugal aesthetics of curiosity remains a quantitatively secondary component of the road movie, as it is frequently compensated by segments in which the viewer is hypnotized by the sheer spectacle of driving.

The road trip genre contains a distinct series of tropes and symbols. The open road is an extended metaphor utilized by FilmMakers to symbolize a character’s personal journey filled with discovering new aspects of themselves as new landscapes peer over the horizon.

Thematically, the road trip genre is so wonderful because it expands how characters can be explored. On the road, we’re vulnerable. Though the journey of a road trip film may not start with personal exploration, what follows is nearly always life-changing. The characters grow; they learn more about themselves, their compatriots, and their society. The characters featured in these films make irreversible discoveries and irreversible decisions; their lives change on the road, for better or worse. Discovery and change are the two most apparent motifs that characterize these road trip films and are evocative of the struggles and joys of life itself.

Being in the “road trip” genre, Alvin encounters many strange characters in his travels, sometimes for seemingly no reason. A horde of marathoners passes by him, as does a hitchhiking teenager who later joins him for dinner. A crazy woman runs over a deer, bursts into an angry rant, and moves back onto the road like it never happened.

David Lynch turns the true story into a gentle parable – and a classic, if unlikely, the American road movie. It is the slowest road trip genre movie. That pace being the point – somewhere along the way, the rate of our world became fast – very fast. It takes an old man on a lawnmower to remind us that life’s journey should never be rushed.

How Does the Movie Compare to Other Movies in the Genre

Forrest Gump is a classic example of a road trip movie despite traveling by foot, expanding the typical definition of an adventure. Tom Hanks’ character not only spans a sizable distance but traverses different periods to trace a journey across years as well as miles.

Like, The Straight Story, Forrest Gump is considered one of the quintessential road movies because they both feature protagonists who are focused on searching for something important on a quest. The heart of the road trip genre’s core.

Genres satisfy many roles for cinema. Saving time and money for the studio. Provides an easy marketable film to the audience for distributors. It eases the decision-making process for the audience when selecting a movie to watch. Genres provide us a cultural experience by providing us with rituals as old as society.

Lynch’s The Straight Story fits into the road trip genre, using movement, character, driving, scenery, and journey. The film departs from the genre when it veers into the Lynchian genre.