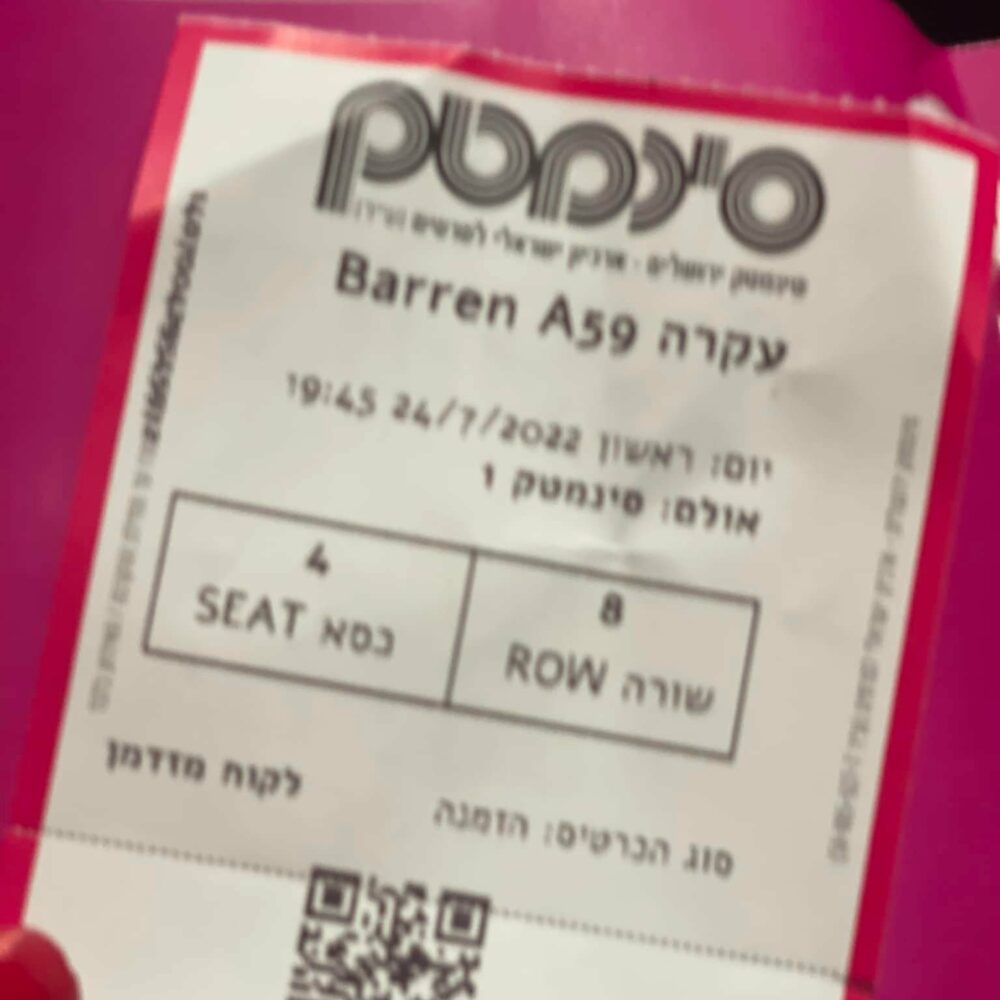 Synopsis: A childless young ultra-orthodox couple faces a crisis after a traumatic treatment for barrenness. When the difference between good and bad is unclear, the family must deal with unresolved secrets that raise fundamental questions about religion and faith.

When 2+2 Does Not Equal Four

You are offered a fix. A solution. A cure.

You take the person up on their offer – can you not?

You try and hold it together, your way, the way you are capable of, at the time. Instead, they beg you to “put on a smile” – have a cup of tea. And then sometimes you go out into the forest and scream – why? Why? Why?

The Need to Be Heard

Harav מרדכי ורדי, you hear the cries of anguish. Her screams – his screams – our screams. You don’t shy away from authenticity. Yes- there are parts of the movie when her hair is uncovered. Yes- a young couple loves each other. Yes- Harav Vardi, you let us be voyeurs in a young couple’s bedroom. Witness their intimacy, for a crucial moment, before you, Harav Vardi, turn off the lights. Yes- Harav Vardi, you invite us into the men’s only, beit din. Yes- we cringe when we hear how the halacha is clear, there was no rape since she “let him” perform voodoo on her.

The Courage to Hear

Thank you, Harav Vardi, for your courage. Your insistence on authenticity. Your tackling of such a challenging subject. For not shying away from such a loaded theme.

The Desire to Engage

This viewer left the theater with more respect, understanding, compassion, and empathy for the Beit Din. For the Rabbinic community. More feeling for the protagonist, whose choices are what’s suitable for her— not for me and so many of us prepared to judge her.

“Barren,” directed by Harav Mordechai Vardi, features delicate, nuanced performances by a terrific cast – including one of my favorite teachers in the role of doctor!

The Strength to Continue

Shoutout to the Jerusalem Film Festival for providing a platform for this important conversation!

Click here to discover all the awesome films being screened at the 2022 Jerusalem Film Festival.

What were your thoughts about Writer and Director Mordechai Verdi’s feature film, Barren?